A special needs assistant has been awarded €255,000 in damages for a bullying at work claim. 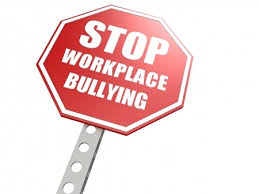 The High Court has held that the Board of Management of St Anne’s National School in the Curragh, Kildare undermined the employee’s dignity at work by its “severe” and “unmerited” treatment of her.

The Judge described the school Principal’s account of the complaint against the SNA as “almost certainly untrue”.

The Judge also held that the Principal of the School “trumped up” another complaint against the SNA.

As a result of her treatment in the workplace the Court held that the SNA suffered a definite and identifiable psychiatric injury.

After an incident involving the locking of the door of the school’s “sensory room” the school Principal, Pauline Dempsey, brought the SNA to a meeting and warned her of disciplinary action.

However she later wrote to the SNA advising her that no action would be taken. However there would be a three month review of the SNA’s performance.

The review of the SNAs work involved the filling in of a form which led to a difficulty with the Principal accusing the SNA of a “falsification” of the review form.

The Principal then brought the original incident involving the locked door and the performance of the SNA to the Board of Management. The Board recommended that the SNA receive a formal warning and that her next salary increment be deferred.

The Judge doubted that the Principal had outlined the full facts surrounding the difficulty to the Board.

The Principal then gave the SNA a letter stating that an investigating had been carried out and if there was a further breach of school policy there could be further action including dismissal.

The High Court held that there was no such investigation and that the SNA had been subjected to a disciplinary sanction that was severe and unmerited.

Employers need to be very careful to afford fair procedures to all employees, regardless of their position, status, or seniority.

They also need to be aware that Courts are becoming more prepared to recognise non physical injuries eg stress in the workplace. (Read the full decision of the High Court here)

Learn more about employers obligations to prevent bullying in the workplace.